These are just a few photos of my father's uniforms

that he wore during his service time on the USS MacKenzie (DD-614). 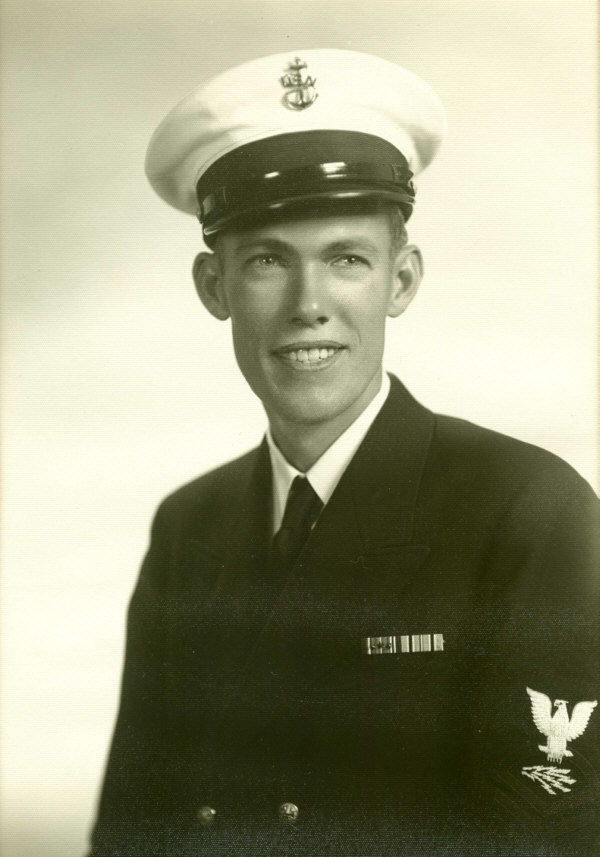 In this period photo above, he can be seen wearing the insignia of a Chief Petty Officer.

The shoulder patch indicates he is a Chief Radio Technician. 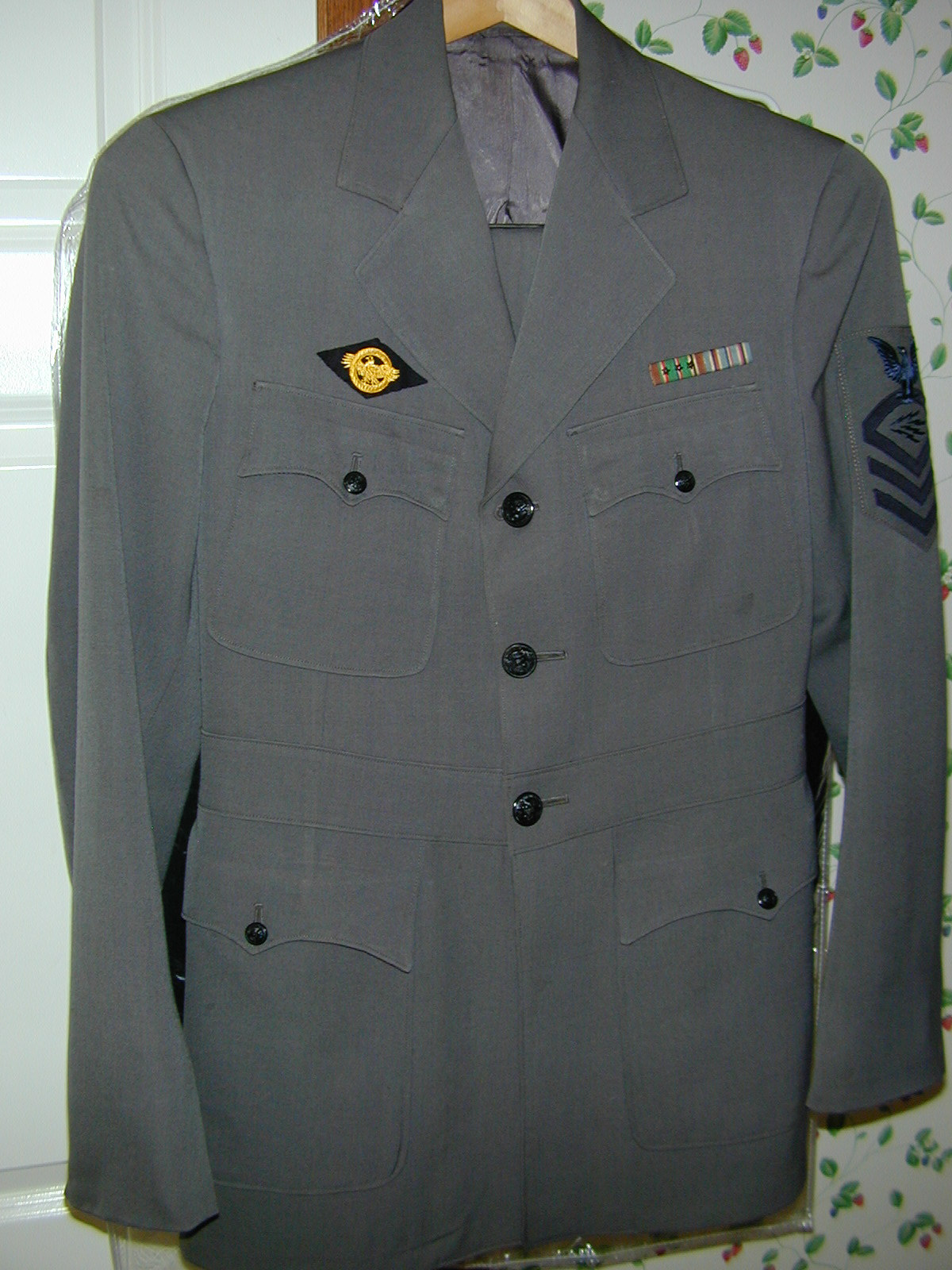 These uniforms also feature the Honorable Discharge insignia over the right breast pocket.

Background: According to Circular No. 454 dated 29 Nov 1944, the War Department adopted an honorable discharge emblem for wear on the uniform of all military personnel who are discharged or separated from the service under honorable conditions. The emblem will be worn as a badge of honor indicative of honest and faithful service while a member of the Armed Forces.

At the time of honorable discharge or separation from the service, the emblem will be permanently affixed on the right breast of all the outer clothing centered immediately above the pocket with the long axis of the lozenge horizontal.

The nickname for this emblem was the "ruptured duck." 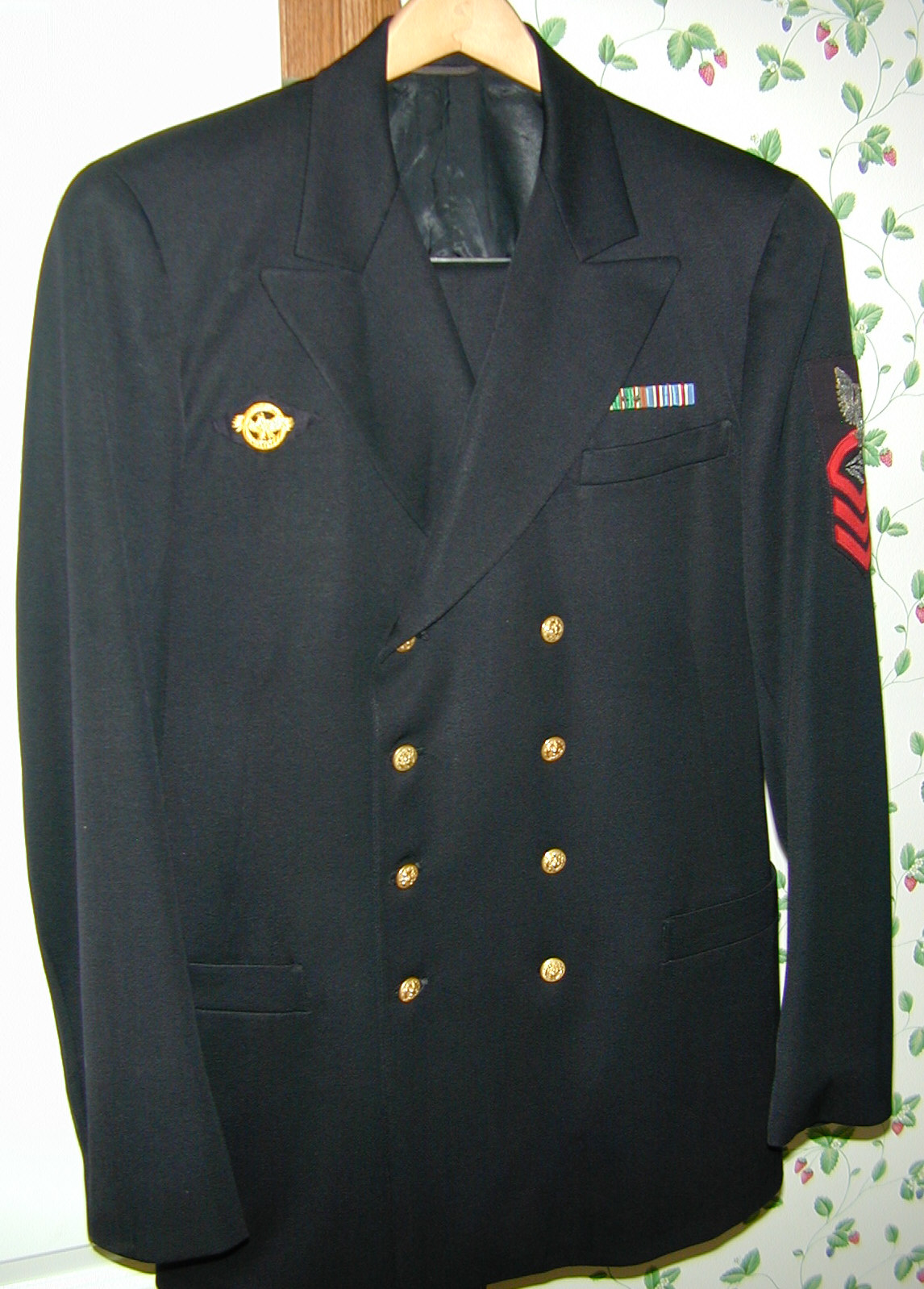 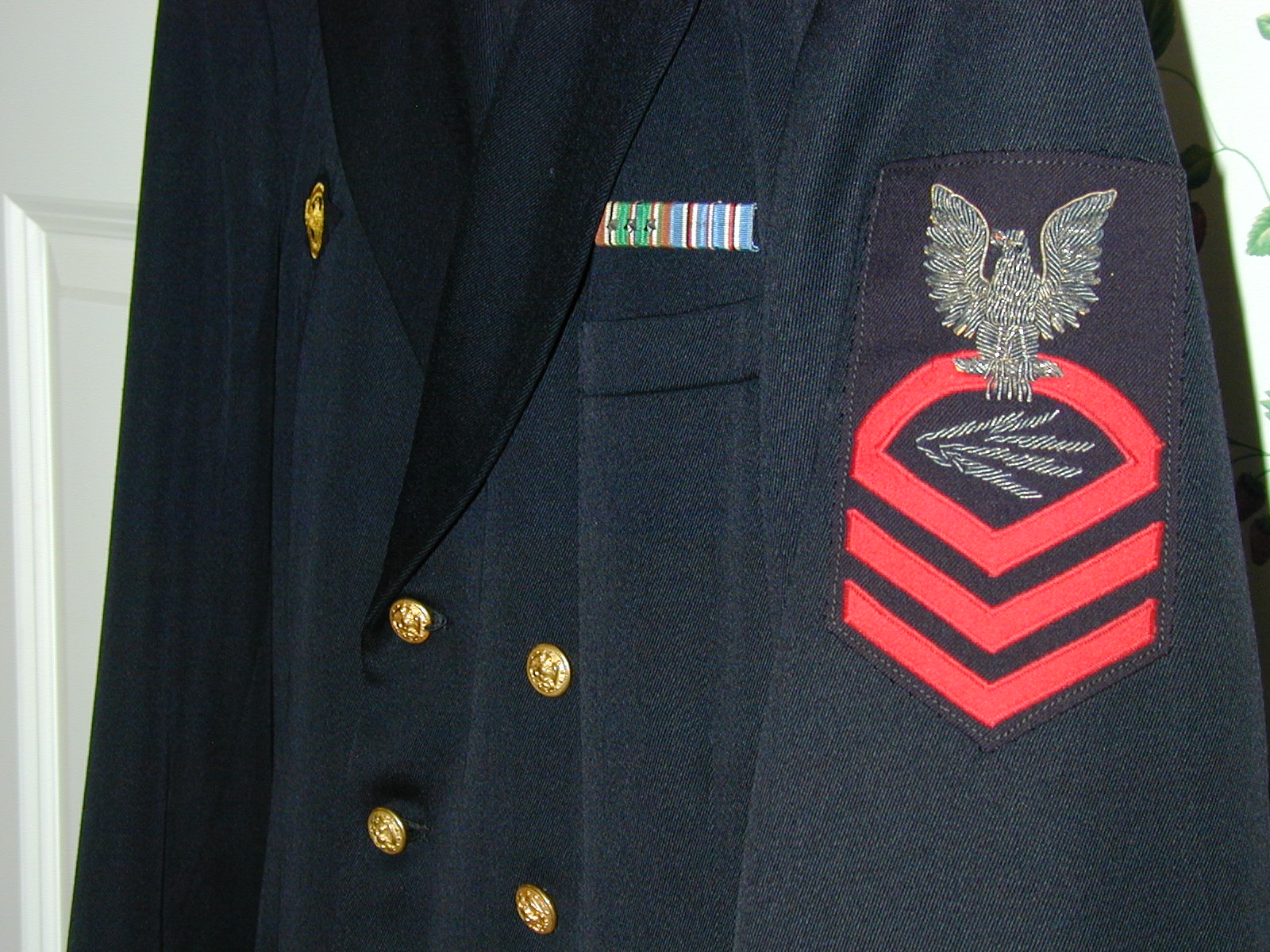 The 3 bronze stars on the European/African/Middle Eastern Campaign ribbon were awarded for participation in designated campaigns.

These campaigns were probably:

Return to the USS MacKenzie Page